There have been many outstanding graduates from the University of Georgia School of Law since the school's founding in 1859. To honor individuals who have broken the barriers of our institution's history, a curated exhibit of artifacts have been arranged in a physical display on the second and third floors of the Chester C. Davenport Rotunda in Hirsch Hall. . Items include facsimiles of archival materials such a papers, letters, and photographs as well as portraits and other objects from our special collections. This series serves as a virtual extension of the exhibit at the law school to provide more context for those featured there, and to aid in locating other resources that further illuminate their legacy.

In addition to the visual timeline you see hanging in the physical Founders Gallery space on the third floor of the Chester C. Davenport Rotunda in Hirsch Hall, shadow boxes and a display honoring Robert E. "Robbie" Robinson featuring his briefcase are also located in the gallery space on the third floor, while portraits of many of our earliest diverse graduates are located on the second floor. Below you will find a partial listing of the individuals who appear in the physical exhibit, followed by expanded digital collections of select individuals with significant content gathered from across our repository series. For a complete listing of individuals included in the physical exhibit as well as notes on the history of this effort including related research and grant funding, please visit our diversity timeline page. 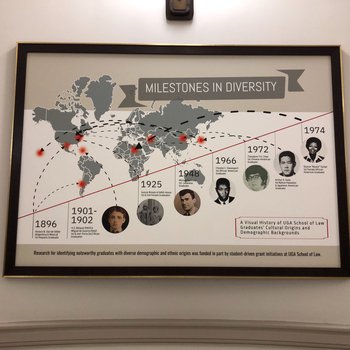 In 2019 student driven initiatives at the University of Georgia School of Law prompted research for identifying diverse graduates from the school. Over the course of late 2019 and early 2020 this research was visualized with items pulled together from UGA’s earliest yearbooks, the law school’s Phi Alpha Delta student directories, and information gathered from the other institutional publications such as past issues of Advocate Magazines. The input of various student organizations at the law school was gathered and informed the scope and content of the exhibit. Previously digitized materials were joined with newly scanned photographs to illustrate the diverse history of our school’s community. Graduates who are represented in the visual timeline include: 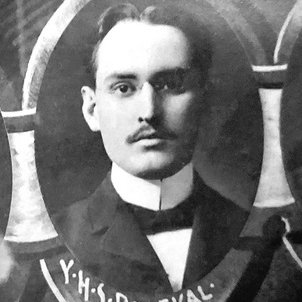 Horacio S. Beleval was born in 1880 in Puerto Rico, Beleval was not only the first Puerto Rican law student to graduate from the University of Georgia, but also the first Puerto Rican graduate ever as well as the second Latino UGA graduate. Beleval’s portrait does not appear in the Pandora 1901 yearbook, and the groups he was a member of were not among those that took group photographs either. However, his small portrait is pictured in the lower right corner of the composite law class of 1901 lithograph that is framed and stored in our library’s archives and special collections. View more of our digitized historic class photographs collection by visiting our graduating class photos digital exhibit.Thanks to University of Georgia Libraries digitized Pandora volumes in Athenaeum, you can browse and learn more about Beleval from the Pandora volume XIV 1901 PDF. Beleval’s name first appears in the listing of the law class on page 49 (the 4th student listed). While in law school Beleval had a very active social life and many hobbies. He was a member of the Glee Club (page 139), a Trillist in the Sweet Singers of the Law Class (page 136), and was known for his “white vest in mid-winter” around campus (page 204 in “Things to be noticed”). He even appears as a character in “Majority Rule; or, the story of the 1901 ‘Mute’ Parliament”, a comedy in two acts with the script printed from pages 207 to 211.Beleval was 21 years old when he graduated law school, and was married that same year. Thanks to the research of John Álvarez Turner, Assistant Director of Multicultural Services and Programs here at the University of Georgia as well as a doctoral candidate, we at the law library have explored even more about Beleval, one of our earliest diverse alums. Turner shared that, according to the 1910 Census in Puerto Rico, Beleval was practicing Law in Puerto Rico’s second largest city of Ponce until he unfortunately passed away in 1916.

Theodore C.H. Chao was the law school’s first Chinese-American graduate in 1972. That same year Arthur Goto, the law school's first Native Hawaiian and Japanese-American student also graduated in the same class as Chao. Both student photographs can be found in our institutional repository digitized class directories collection (specifically the Phi Alpha Delta UGA School of Law Student Directory, third year class of 1971-72).According to the Museum of Chinese in America, his mother Mae Chun Eng was born in Norfolk, Virginia in 1918. She spent her adolescence in the United States, but moved to China at age 12. She later returned to the U.S. to finish high school where she went to university, receiving her master’s degree in 1946 from Columbia University. While at Columbia, she was an active member in the Chinese Students Association and met Hsio Ho Chao (b. 1913, Zhejiang, China).Chao graciously shared the family photographs with the our library and law school in 2021. He notes that, "This photo was taken a week before Mom and I left HongKong." Read the story of Mae Eng Chao and Hsio Ho Chao among the Museum of Chinese in America (MOCA) online collections.The two were married in Shanghai and had a son, Theodore “Ted” Chao, the next year. In 1949, Mae and their son moved back to Virginia. Although the couple hoped they would reunite soon, Ho and Mae were separated for many years. As a female U.S. citizen, Mae was unable to sponsor her husband in the States, and the rapid and uncertain change in China and Ho’s shipping career following the Communist takeover made it difficult for her to return to China.Throughout their separation, Ho and Mae sent letters and photographs back and forth as often as every few days, a selection of which Ted donated. Watch a 15 minute oral history of Chao via the Museum of Chinese in America Oral History Archive “Journey Wall”. 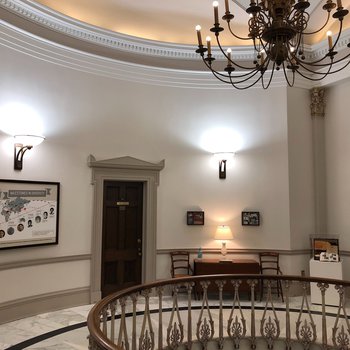 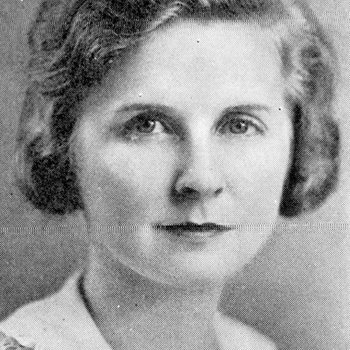 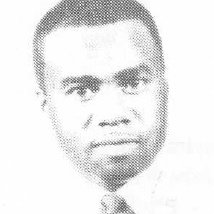 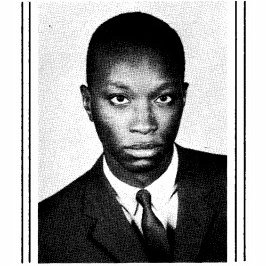 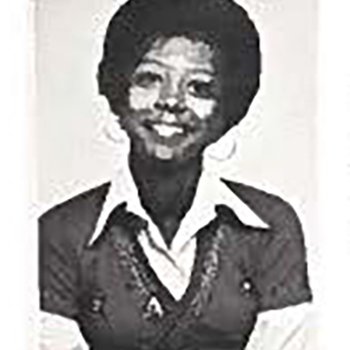