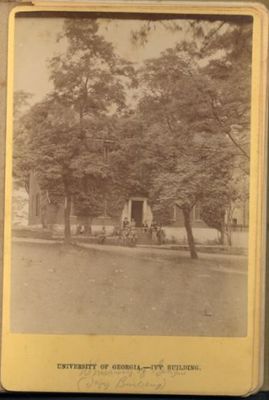 When classes resumed at the University of Georgia after the Civil War, the law department occupied two large rooms on one floor of the Ivy Building.

Built in 1832 to house the University Library and museum, this structure, nicknamed for its vigorous growth of ivy, was an early home of the Law School after the new Library was completed in 1860. This building, much enlarged and remodeled, still stands, forming part of the southern wing of the Holmes-Hunter Academic Building.