The United States' Constitution and the Adoption of International Human Rights Instruments: Freeing the Political Logjam 1 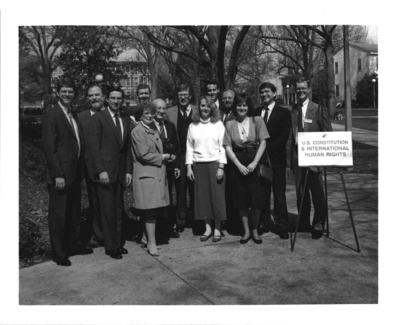 This photograph appeared in print in the Spring 1990 Advocate issue along with the following caption: