Chester C. Davenport was born December 3, 1940. Mr. Davenport was an incredibly important figure in our school’s history. In 1963 he was the first African-American enrolled, two years after Charlayne Hunter and Hamilton Holmes broke the color barrier at UGA. Not only was he the first African-American graduate of the University of Georgia School of Law, but proceeded to graduate in the top five percent of the Class of 1966. 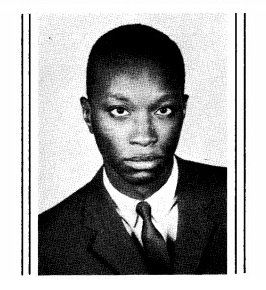 He also served as a founding member and Executive Editor of the Georgia Law Review, our longest standing law review of the school. A reproduction of the Georgia Law Review student editorial board group photograph is included in one of two shadow boxes in the Rotunda physical exhibit located on the 3rd floor of Hirsch Hall's Founders Gallery. A reproduction of Davenport from 1966 also appears aspart of the graphical timeline of diverse alums. The photo can be found in the digitized Placement Brochure 1966. 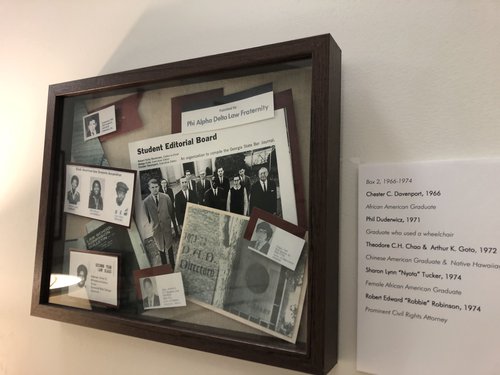 He was a successful attorney, public servant and businessman, and continued to be a regular supporter of the School of Law and the University of Georgia throughout his life. The University of Georgia School of Law chapter of the Black Law Students Association bears his name. In 2005, he gave a gift to endow the Chester C. Davenport Scholarship Fund at the law school.

For his many years of distinguished service to the legal profession and commitment to the cause of legal education, he was honored by the law school in Spring 2016 during Alumni Weekend with the law school alumni association's highest honor, the Distinguished Service Scroll Award. Davenport passed away on Friday, August 7, 2020. Learn more about Davenport, and explore the many items from our repository including his award video, news and press releases, alumni magazine features, and events in our series dedicated to him.