Horacio S. Beleval was born in 1880 in Puerto Rico, Beleval was not only the first Puerto Rican law student to graduate from the University of Georgia, but also the first Puerto Rican graduate ever as well as the second Latino UGA graduate. Beleval’s portrait does not appear in the Pandora 1901 yearbook, and the groups he was a member of were not among those that took group photographs either. However, his small portrait is pictured in the lower right corner of the composite law class of 1901 lithograph that is framed and stored in our library’s archives and special collections. View more of our digitized historic class photographs collection by visiting our graduating class photos digital exhibit. 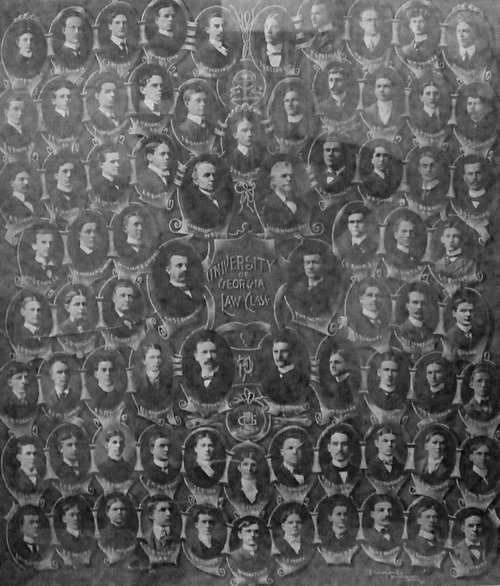 Thanks to University of Georgia Libraries digitized Pandora volumes in Athenaeum, you can browse and learn more about Beleval from the Pandora volume XIV 1901 PDF. Beleval’s name first appears in the listing of the law class on page 49 (the 4th student listed). While in law school Beleval had a very active social life and many hobbies. He was a member of the Glee Club (page 139), a Trillist in the Sweet Singers of the Law Class (page 136), and was known for his “white vest in mid-winter” around campus (page 204 in “Things to be noticed”). He even appears as a character in “Majority Rule; or, the story of the 1901 ‘Mute’ Parliament”, a comedy in two acts with the script printed from pages 207 to 211. 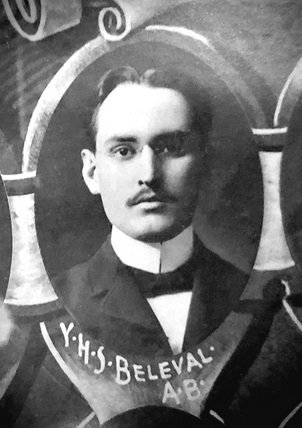 Beleval was 21 years old when he graduated law school, and was married that same year. Thanks to the research of John Álvarez Turner, Assistant Director of Multicultural Services and Programs here at the University of Georgia as well as a doctoral candidate, we at the law library have explored even more about Beleval, one of our earliest diverse alums. Turner shared that, according to the 1910 Census in Puerto Rico, Beleval was practicing Law in Puerto Rico’s second largest city of Ponce until he unfortunately passed away in 1916.