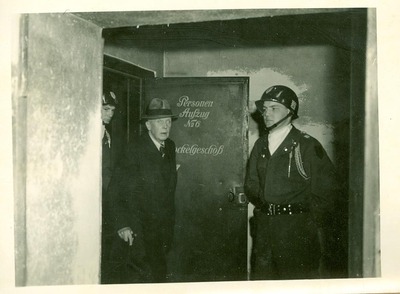 The Last Picture made during the Nurnberg war crimes trials shows Hans Lammers, former Reischschancellery chief, at the "end of the trial" leaning heavily on his cane, and with chin sagging, he steps from the courtroom elevator shortly after hearing the American court sentence him to 20 years imprisonment. The one time Nazi bigwig and intimate of Hitler was found guilty on five of the eight counts on which he was indicted, including plotting and waging aggression.