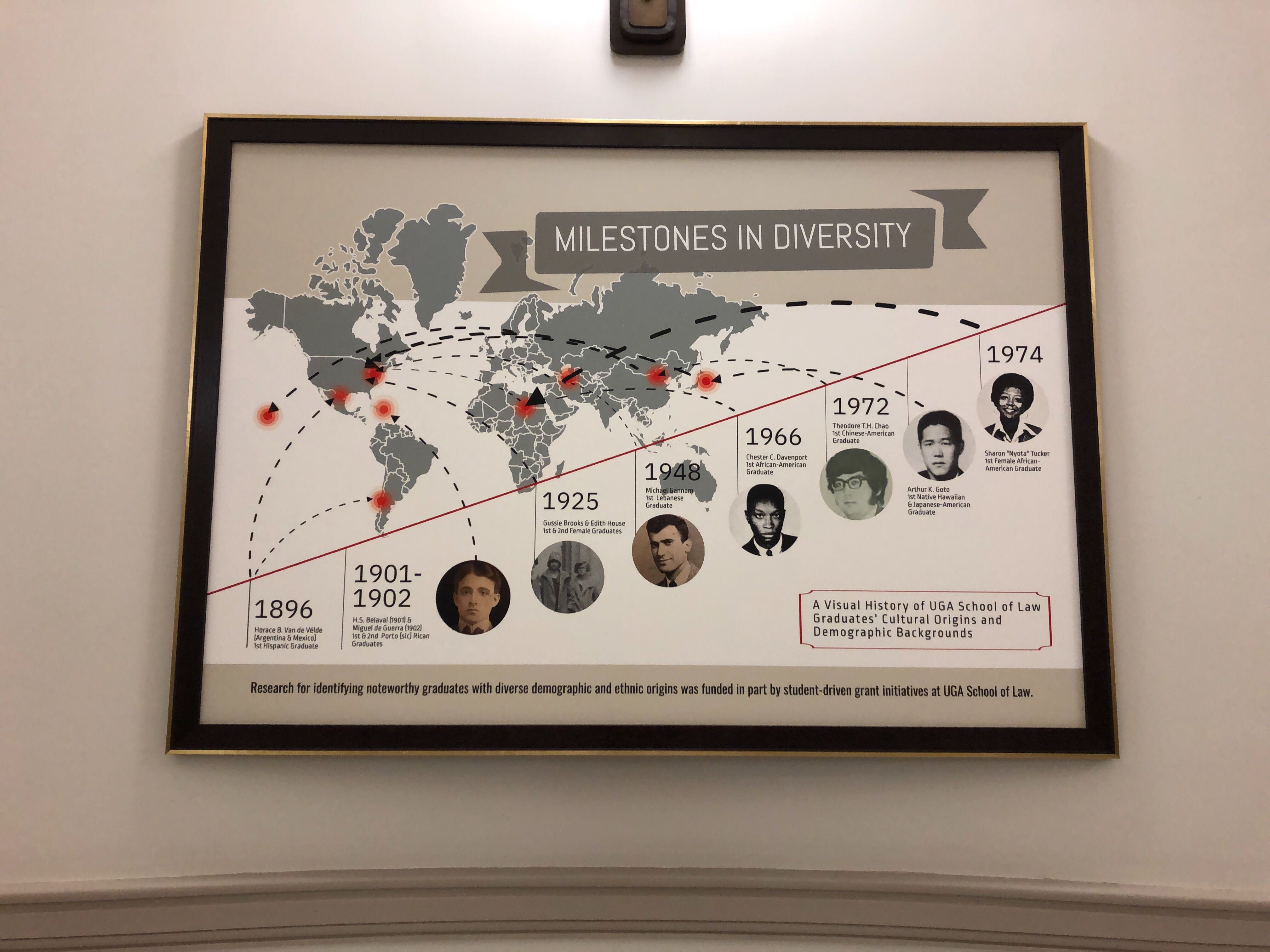 There have been many outstanding graduates from the University of Georgia School of Law since the school's founding in 1859. To honor individuals who have broken the barriers of our institution's history, portraits and other items from the library's archives and special collections have been arranged in a physical display on the second and third floors of the Hirsch Hall Rotunda. This series serves as a virtual extension of the exhibit at the law school to provide more context for those featured there, and to aid in locating other resources that further illuminate their legacy. 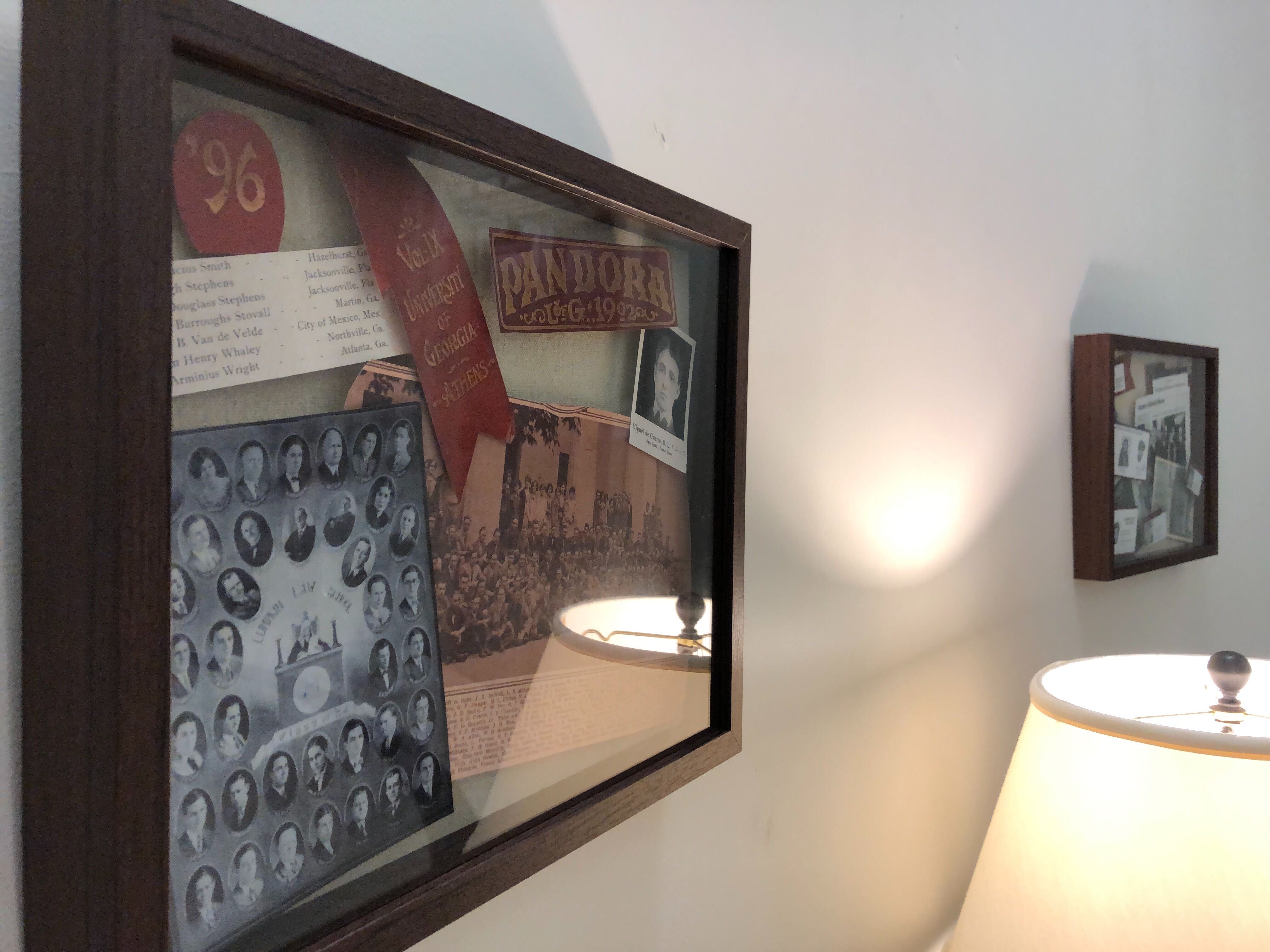 In addition to the visual timeline you see hanging on the wall, shadow boxes and a display honoring Robert E. "Robbie" Robinson featuring his briefcase are also located in the Rotunda Gallery Third Floor, while portraits of many of our earliest diverse graduates are located on the Second Floor. Below is a complete listing of the individuals who appear in the physical exhibit, followed by expanded digital collections of select individuals with significant content gathered from across our repository series.